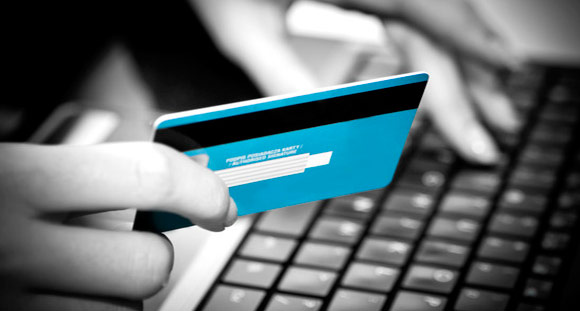 Card-linked offers may seem like a relatively new development – a breakthrough very much still in the making – and it is. But the industry as we understand it today, is also the slow maturity of more than two decades of market testing and iteration. In the second part of our two-part series, we explore the early history of card-linked offers, the delayed card-linked systems from which they arose, and delve into why real-time card-linked offers have garnered the attention and active support of industry giants ranging from Microsoft to Bank of America.

In 1981, American Airlines launched their highly successful AAdvantage frequent flyer loyalty program. This groundbreaking foray into loyalty marketing opened up a whole new era of proprietary card-based and points-based rewards initiatives. While literally miles ahead of the humble punchcard, rewards cards still suffered from many of the drawbacks of a static system.

A decade later, credit card companies began experimenting with the integration of rewards directly into their consumer cards. Typically, card companies offered points that consumers could then convert into cash back on their credit statements, or other financial rewards. This system is still popular today, and consumers eagerly play along.

Today, there are in excess of 176 million credit holders in the United States alone. Of that number, 60 percent have a rewards card. Unfortunately for merchants, these delayed-offer systems can become prohibitively unwieldy when applied to the customer loyalty space.

One of the key advantages real-time card-linked offers enjoy over delayed-rewards systems (think points), is the manner in which points are redeemed, and the corresponding effect on customer loyalty. With delayed card-linked offers, consumers essentially receive cash back, typically in the form of points, as a percentage of total spending. This financial windfall can then be spent virtually anywhere – thus completely negating any incentive to revisit the original store from which the reward was initially earned. No return visit, no repeat purchase.

In a real-time card-linked offer system, the rewards in question are applied instantly at the point of sale, and more importantly, at the original merchant. This just makes a lot of business sense since, after all, the whole point of merchant participation in card-linked initiatives is to cultivate consumer loyalty. In a real-time, open card-linked ecosystem, as opposed to a proprietary, delayed one, individual local merchants become the primary point of a rewards transaction, putting the establishment at the top of consumers’ minds, and more importantly, on top of their money as well.

Better yet, as one integrated, open system, the new approach to card-linked offers does not lock merchants, and consumers alike, into specific sites, publishers, applications, or card types.

That means everyone wins.

Card issuers continue to drive card usage with an expanded ecosystem of rewards options, consumers get their discounts immediately as opposed to at the end of each month, and merchants get more consumers to return to their establishments.

The History of Card-Linked Offers

As we have seen, real-time consolidated card-linked offers are the natural next step in this highly iterative process of technological integration and innovation in the offers space. Further more, consumers have proven again and again that they will not be limited – whether by a proprietary rewards system, a lack of technological integration, or any other artificial barrier merchants or financial institutions choose to employ.

Consumers will continue to seek, demand, and ultimately acquire freedom and flexibility in the way they make purchases. Businesses and local merchants who can offer the easiest way for customers to get what they want when they want, will continue to nurture a considerable advantage over their peers and competitors. Microsoft, Facebook, and many other leaders in a variety of markets certainly think so, and see card-linked offers as the best way to do so.

If you would like to learn more about a loyalty marketing strategy please provide some information below:

One thought on “The Makings of an Industry: Card-Linked Offers – Part II”